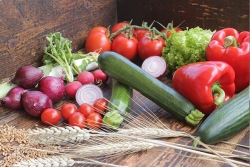 Newsrooms were quick to pounce on a new study released last week from the Journal of the American Medical Association (JAMA) that alleges a link between farm policy and a person’s risk of obesity and other diseases like diabetes.

This study tries to give academic credence to an absurd argument that is used by professional critics in Washington, D.C. It goes something like this: Farm policy makes certain foods so cheap that Americans just can’t help themselves, and they eat until they’re fat.

With any serious review, the study reveals old data, flawed methodology, and sweeping, unsubstantiated conclusions. Not exactly the stuff that scholarly journals should be made of, which is why Farm Policy Facts sought out the authors of the study, the editor of the journal, and examined the source for the data set used as the basis of the study to ask how such a questionable piece of research could make it into the pages of one of AMA’s esteemed journals.

The study begins by referencing the 1973 U.S. Farm Bill and the justification for it being “to assure consumers a plentiful supply of food at reasonable prices.”

Wait. 1973? As in when Richard Nixon was president? As in more than four decades ago?

To be certain, the goal of providing consumers with a secure and affordable food and fiber supply hasn’t changed, but there have been eight farm bills since 1973. And, each one has changed farm policy to adapt to the times in which they are written, that is, changes to market conditions, foreign policy, budget constraints, and consumer demand and preferences.

But, the authors of the study don’t stop there.

They use a data set from the National Health and Nutrition Examination Survey, a program of the Centers for Disease Control and Prevention (CDC) that measures the eating habits of participants from 2001 to 2006. This is data that is at least 10 years old and is not reflective of changes in food consumption patterns through the years.

Farm Policy Facts asked K.M. Venkat Narayan, MD, a professor of Global Health at Emory University and one of the authors and supervisors of the study, about the dated research. He dismissed it as being irrelevant stating, “the subsidy policy and the consumption of commodities, I don’t think, has changed that much in the interim period.”

Really? Shouldn’t that be the point of the study – to learn and report the facts rather than speculate?

The study uses a 43-year old farm bill as a policy reference and 10-year old data that only examines the consumption of food commodities to conclude that there is a link between farm policy and poor health. The study then suggests policymakers should “shift agricultural subsidies toward the production of healthier crops, such as fruits and vegetables.” In fact, this has been a significant trend over the last many years and farm bills, but it is natural the authors missed it since they were using the 1973 Farm Bill as their reference.

Here Are Some Facts:

The 2014 Farm Bill alone cut support for commodity crops (corn, wheat, oats, soy, barley, lentils, etc., the staples this study deems unhealthy) by 30 percent while it boosted funding support for fruits and vegetables by 65 percent. Crop insurance is one of the key pillars of the farm safety net and it covers more than 100 crops, with specialized policies for fruits and vegetables.

Plus, with marketing orders and special purchase agreements for school lunches and similar feeding programs that are reserved only for specialty crops, one simply cannot sustain an argument that farm policy is not oriented toward making more fruits and vegetables and other specialty crops readily available and affordable for the general public.

The authors might know this if they had read recent farm bills or just consulted anyone in the farm policy realm, but they did not. Instead, a couple of their citations include a New York Times Magazine editorial from Michael Pollan and another opinion piece from Marion Nestle – two very outspoken critics of all farm bills.

The authors also might know a bit more about modern consumption habits if they had examined another JAMA study that was published in 2014 and covered by The New York Times that demonstrated a 43 percent decline in the obesity rate of young children over the last decade. A researcher interviewed for the story specifically mentions changes in eating habits as a reason for the decline. The story also highlighted initiatives like First Lady Michelle Obama’s “Let’s Move” campaign, which properly focuses on individual choices instead of inexpensive food as the problem.

A spokeswoman for the National Center for Chronic Disease Prevention and Health Promotion of the CDC told Farm Policy Facts in an email that the 2001 to 2006 data is “the most recent data we have available” and explained that the authors of the study “only looked at one title of the farm bill.” (Never mind all the other titles, including those that pertain to fruits and vegetables, which collectively make up U.S. agricultural policy.)

This meets the standard for JAMA?

When asked how this kind of flawed study could make the cut, JAMA’s Internal Medicine publication editor Rita F. Redberg, MD, MSc, through a spokesperson, responded to say, “the peer review process is confidential.”

So to recap: a major medical journal with a private vetting process published a study from authors with a clear agenda to attack one part of farm policy by using old data and one title of an even older farm bill to make a dubious association between farm policy and obesity.

And sadly, many in the media casually reported on the study without any kind of journalistic due diligence.

From every angle, there was not even the pretense of fairness to understand farm policy, and demonstrably, there was not a single effort to try. It was just another blatant and ignorant attack on the men and women who are working daily to meet the demands of a growing, hungry world.

This article was originally posted July 14, 2016 on FarmPolicyFacts.Org.